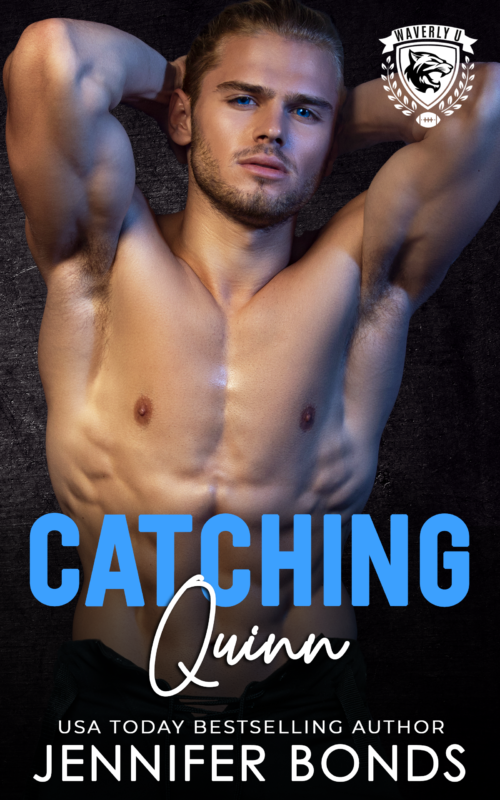 What’s a girl have to do to lose her virginity around here?

Quinn “Quinntastrophe” Mowery is a hot mess. Or possibly—probably?—cursed. Seriously. She's trying to cash in her V-card but apparently, she's the only woman in the history of ever who can't even get laid at a frat party, thanks to Cooper-the-cockblocking-jockhole-DeLaurentis.

Yeah. That Cooper DeLaurentis. The one who's famous for being a player on and off the field.

Cooper's carefully crafted reputation suits him just fine. As long as he’s pulling down passes and putting up touchdowns, no one looks too deep or expects too much. So, no one’s more surprised than he is when he cockblocks his frat brother’s younger sister.

Quinn’s ridiculous virginity quest is none of his business, and the snarky, sexy redhead is exactly the kind of distraction he can’t afford. With his shot at being a first-round NFL draft pick drawing closer every day, Coop needs to stay focused. Because if he fumbles, his future isn’t the only one on the line.

This is a full-length, standalone enemies-to-lovers sports romance with a sizzling, swoonworthy HEA.